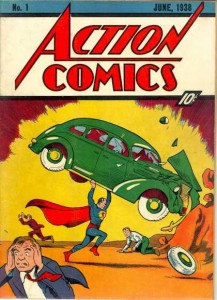 Here at Closet and Storage Concepts, we do work on a wide variety of homes and offices, from early 20th Century apartments to brand new condominiums. Throughout our time working on some of the older properties we’ve had the pleasure of updating, we’re constantly surprised by the amount of objects often hidden within the closet walls of these old homes. From long lost family photos to early porcelain dolls, there are often tiny treasures stuffed away in the long forgotten areas of an antique house. In the spirit of these discoveries, we’ve put together a list of some of the coolest items found during remodels of old homes. Read on to see what kind of treasures may be lurking behind your walls.

David Gonzalez, a general contractor in Hoffman, Minnesota, decided that it was time to update his master bedroom, including taking out a wall to expand his closet. As a contractor in an area with older homes, Gonzalez was used to seeing old newspaper used as insulation in homes. When he found an original copy of Action Comics #1 stuffed into the walls, to say he was surprised would be quite the understatement. The issue in which Superman makes his debut, Gonzalez’s copy of Action Comics recently sold at auction for $175,000. Considering he bought the home for around $10,000, it’s safe to say Gonzalez came out on top in this one.

A Head Above The Rest

When spring comes along, most of us find ourselves doing some deep cleaning, be it giving the kitchen a good once over or reorganizing our closets. When Stephane Gabet, a French journalist, went to clean out the attic of his newly purchased home, he found something slightly stranger than most: a 400-year-old skull. Gabet, unsure of what exactly to do with this ancient head, took it to a prominent university in Paris to get to the bottom of just how old his new find was. Turns out, not only was the skull over 400-years-old, it was also determined to have belonged to none other than King Henry IV, who ruled France until 1610. Although we don’t recommend storing the remains of famous monarchs in your attic, it must be at least a little fun for Gabet to bring his discovery out every Halloween.

Patricia Hill purchased a turn-of-the-century mansion outside of Pittsburgh with the intention of turning it into a five star bed and breakfast. While doing some extensive renovations on the property, she uncovered some proof that the former inhabitants had been fond of a drink or two: nine cases of revered Old Farm Pure Rye Whiskey buried in the basement. A pre-Prohibition distillery, Old Farm produced some of the most beloved American Whiskey in history, and Hill’s trove was estimated to be worth nearly $800,000 dollars. Things didn’t turn out perfectly for Hill, though: after spending the winter vacationing someplace warm, she returned to find that her caretaker had imbibed nearly 52 bottles of the historic hooch, putting the homeowner out nearly $200,000 dollars.

Although we can’t promise we’ll unearth any buried treasure in your home, we can assure you that we’ll put in a closet or storage system that’ll make your home the star of the neighborhood. Call Closet and Storage Concepts today to find out just how transformative one of our closet systems can be in your home.

Find a Specialist near you